The concept health in the English national language picture

The article concerns the representation of social concept health in the English national language pictures of the world.

The concept of “health” is considered to be socially important. It is the key element included in the linguistic picture of the world of any natural language. Such concepts compose the enormous and most important mental formation in the naive and national language pictures of the world.

The naive language picture serves as the foundation for building a national picture of the world and the main mechanism of national thinking.

Particular attention should be paid to the definition of the term “naive language picture”. A number of researchers specialized in the area of cognitive linguistics are trying to find the absolutely correct determination of this phenomenon. The naive language picture of the world is a primary, static perception and understanding of the world based on the mentality of a particular ethnic group, its traditions and cultural priorities [1].

National culture and everyday life of the British people are reflected in the English naive language picture of the world, the structural representation is found out in everyday discourse and folklore.

According to the Cambridge Dictionary the term health explains by two main definitions: 1) the condition of the body and the degree to which it is free from illness, or the state of being well; 2) the condition of something that changes or develops, such as an organization or system. Therefore the concept health is not only related to the body status.

According to the official definition of the World Health Organization, health is a state of complete physical, mental, and social wellbeing [2].

The material included the modern dictionaries of proverbs and etiquette models.

The theme of health and healing is clearly expressed in the greetings, wishes, folk proverbs and songs. They were of ritual context and it was believed, they could promote healing or to be harmful to health.

Most proverbs primarily express the importance of being healthy, staying in a good mood, thinking positively: Good health is above wealth. Happiness is nothing more than good health and a bad memory. Health and cheerfulness mutually beget each other. A smile is an inexpensive way to improve your looks.

The body status determines the way of our life consequently the physical harmony is another nuclear element in the paradigm of representation of health concept in the English folklore: A sound mind in a sound body. Cleanliness is next to godliness.

Almost all of the English sayings and proverbs provide the society with the main principles and advice how to live, eat, work and rest in order to stay healthy and to keep this status for a long time: Early to bed and early to rise makes a man healthy, wealthy and wise. Temperance is the best physic. An apple a day keeps the doctor away.Majority of the proverbs point to the eating habits: You are what you eat. Eat well, be active, feel good about yourself. Tri-colour meal is a good deal. Moreover there is an emphasis on longevity: The less you eat, the longer you live. Gluttony kills more than sword.

The balance in three main concepts – sleep, rest and labor – supports the prosperous future without illness: Hard work never did anyone any harm. A good rest is half the work. Sleep is a healing balm for every ill. Eat well, drink in moderation, and sleep sound, in these three good health abound.

It is worth noting that the health status may be determined by the condition of teeth and oral cavity: He shows the whiteness of his teeth. Who has a toothache, should hold his tongue on it.

It is one of the characteristics for the English language to use in the speech etiquette the forms of subjunctive mood and interrogative sentences. Concept health is not practically represented in the formulas of English etiquette. Arguments about their health or illness are unacceptable in a conversation. A small part of etiquette formulas reveals the meaning of the conceptual health – illness meaning and presented mainly in the form of phraseological units or idioms, proverbs and sayings: Break a leg! Good health is above wealth. Expressions like To drink to someone`s health, Your Health are frequently used to toast someone, to take an alcoholic drink in honor of someone`s health; Take care, Stay healthy – phrases to say goodbye.

In conclusion, apart from stereotypical norms of speech behavior in language consciousness of any ethnic group we may find a unique etiquette formula reflecting the interpretative field of universal concept health or its historical layer.

In the communication process the contemporary collective value system of language, traditions and all kinds of changes taking place in society are taken into account and reflected in the native language. 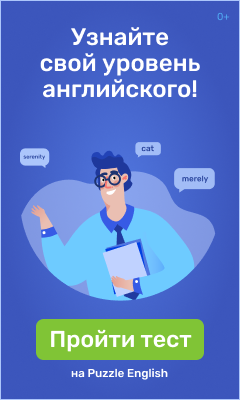