Healing appeared in ancient times. The need to help with injuries, in childbirth has necessitated the accumulation of knowledge about certain methods of treatment, about medicines from the plant and animal world. Along with the rational experience of treatment, which was passed on from generation to generation, mystical receptions were widespread: conspiracies, spells, and the wearing of amulets.

An enormous role in the development of medicine was played by ancient Greek doctors. The famous physician Hippocrates (460-377 BC) taught doctors of observation and the need for careful study of the patient, he classified people according to four temperaments (sanguine, phlegmatic, choleric, melancholic), recognized the influence on the person of environmental conditions and believed , That the doctor's task is to help the body's natural forces to overcome the disease. The views of Hippocrates and his follower, the ancient Roman physician Galen (2nd century AD), who made discoveries in the field of anatomy, physiology, drug science ("galenic drug"), conducted clinical observations, in particular over the pulse, had a huge impact on the development of medicine.

In the Middle Ages, medicine in Western Europe was subordinate to the church and was influenced by scholasticism. Doctors diagnosed and treated, based not on observations of the patient, but on abstract reasoning and references to Galen's doctrine, distorted by the scholastics and churchmen. The church forbade the autopsy, which delayed the development of medicine. In this era, along with the works of Hippocrates and Galen in all countries of Europe, the capital work "Canon of Medical Science", created by an outstanding scientist (born in Bukhara, who lived and worked in Khorezm), progressive for that epoch, was rendered by Ibn Sina (Avicenna, 980 -1037), repeatedly translated into most European languages. A major philosopher, natural scientist and physician Ibn-Sina systematized the medical knowledge of his era, enriching many sections of medicine.

The Renaissance, along with the rapid development of natural science, brought new discoveries in medicine. A. Vesalius (1514-1564), who worked at the University of Padua and studied the human body through autopsy, in his major work On the Structure of the Human Body (1543), refuted a number of erroneous ideas about human anatomy and initiated a new, genuinely scientific anatomy.

In the 21st century Anatomy became a definitive science, the efforts of the researchers were directed toward studying the anatomy of tissues, and such an effort was met by important improvements achieved in microscopic technique. Pathological anatomy, taking advantage of the success of histology, discovered changes in the organs and tissues that are characteristic of known diseases, which during life can often be determined on the basis of such differences. 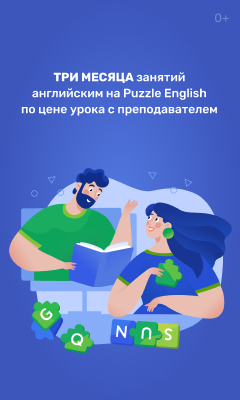