The article is devoted to the analysis of diseases of civilization in relation to lifestyle problems and environmental issues. The review examines risk factors, causes and effects of the disease conditions on people's health and wellbeing.

All illnesses are stamped specifically by the epoch in which they occur. The Middle Ages are characterized by plague and leprosy, the Renaissance is historically notorious for the outbreak of syphilis, the Baroque era is marked by typhus and scurvy. The 20th century has brought AIDS, and in the 21st century people are swept away by diseases not related to infections, but by the so-called "diseases of civilization".

Modern society cannot be imagined without inventions that make people’s life more comfortable. The progress is moving on, developing a full speed and making people completely dependent on it.

As a result, people begin to suffer from hypodynamia, a disease of the 21st century caused by sedentary lifestyle. At work, people spend most of their time in front of computer monitors, at home they sit in front of a TV screen, they move from place to place by car and hardly ever walk. Hence, the load on the muscles decreases leading to inadequate blood supply of tissues. As a consequence, poor oxygen supply contributes to the threat of oxygen deprivation which eventually results in a heart attack, a stroke or a number of other cardiovascular diseases.

The common causes of the "disease of civilization" are:

1. The lifestyle of a person: sedentary and without physical exercise.

2. Unhealthy diet and lack of vitamins important for a human body.

4. Stresses, nerve-racking situations both at work and in the family.

5. Adverse effects of the environment.

In this regard it might be noted that some diseases are "rejuvenated". According to the statistical information, 10-15 years ago women of menopausal age and men over 60 were reported to have increased blood pressure. Nowadays hypertensive disease is common for people in their 30s. And the most daunting fact is that deaths related to such diseases are recorded in people under 40.

Cancer is one of the deadliest diseases of the 21st century. There are many causes of cancer which can include radioactive emissions and various harmful chemicals, as well as heredity, environmental problems and food preservatives. Cancer can also develop due to various viruses.

It should be also noted that cancer has also significantly rejuvenated. In earlier years the disease was attributable to people who were 60-70 years old, but in the 21st century, patients die of cancer starting from 30 or even younger.

Depression can also be attributed to the disease of civilization. This disease has become the main cause of suicide of more than a million people around the world over the last few years. A person in depression suffers from insomnia, loses energy and attention and suffers from memory disorders. The causes of depression are the body's response to stressful situations, long-term stresses, the development of industry and the environmental deterioration.

Obesity is a disease characterized by excessive body weight and increased fat accumulation.

This disease can also be considered among diseases of the 21st century, because every year the number of people with excessive body weight is increasing.

Obesity results mainly from poor and sedentary lifestyle choices as well as stress.

Many scientists believe that the 21st century will be a century of allergy. The number of people suffering from this disease is growing every year. Already today, one in five Americans, one in three Germans and 32% of Russians suffer from different allergies.

All of the above mentioned diseases seem to be caused by a sedentary lifestyle, lack of physical activity, constant stress, unhealthy food and environmental problems. The challenge of the time is to realize the potential threat of these factors and to start seeking solutions to lifestyle problems. This knowledge will help to develop and introduce health education in communities leading to treatment and prevention of the diseases of civilization. 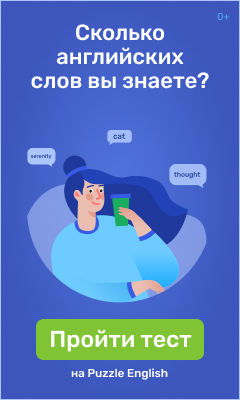